Brock O’Hurn, a well-known model and Instagram star, is well aware of this. The world has become extremely competitive; establishing a place in people’s hearts among the prevailing veteran stars in the entertainment industry is no longer a walk in the park.


However, the hot and handsome heartthrob, O’Hurn, has already cemented his place in the industry with his charming appearance and well-maintained physique. His hard work had indeed paid off.

But, while focusing on his career, it appears that this excessively attractive stud hasn’t made time for a romantic relationship. It’s difficult to believe he’s single for someone with such good looks!

Brock enjoys dressing up as different characters and is concerned about everyone’s well-being. In 2017, he appeared in a video as a sexy Santa Claus, spreading the message of Christmas and love to his fans.

He also collaborated with Esthechoc, the first chocolate proven to have anti-aging properties, to spread the message of “beauty from within.” Brock has not abandoned his family and is extremely close to his mother despite expressing love all over the world. In May 2018, he stated that his mother was the strongest woman in the world and expressed his affection for his nephews.

Brock may not have a girlfriend right now, but he does have a mother with whom he can talk about anything.

O’Hurn, who stands six feet seven inches tall, was determined to keep his body after being taunted by children for his tall and lanky appearance when he was young.

He was 6 feet 3 inches tall and weighed 135 pounds at the time. When O’Hurn achieved his goals by changing his appearance, he not only slammed those people but also gained massive popularity and a sizable fan base.

Without a doubt, O’Hurn has a sizable female fan base! Despite all of the attention he receives, he has never been seen cuddling with any lady out there, which could indicate a possible dating affair.

Now, it appears that O’Hurn is still single, and all you ladies out there must be the happiest to hear this news. Although it is difficult to believe that this man is single, he is certain to impress the girl he finds ideal for him.

Brock posted a tweet on National Girlfriend Day, August 1, 2017, inquiring about the whereabouts of his girlfriend. Many ladies responded to him on Twitter, but it appears that none of them impressed him.

Although O’Hurn is still a long way from disclosing details about his dating affair, he has been active in discussing his siblings on social networking sites. O’Hurn was raised with his three siblings, Drake (brother), Carly (sister), and Aspyn (sister).

O’Hurn adores his nephews as well as his siblings!

A public figure has the right to privacy in their personal life, but there will always be questions about their life away from the camera.
Aren’t you looking forward to seeing O’Hurn with his girlfriend, who could be his future wife?\ 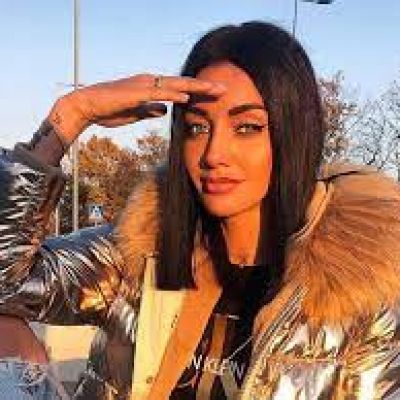