However, leaving the United States right after high school in 2008 proved beneficial to him. It provided him with enough experience and exposure to allow him to fit right into the NBA game after a year away.

After a year in Italy, he was drafted in the 2009 NBA Draft by the Milwaukee Bucks. And, since his draft, he has played for a variety of NBA teams.

What is the Net Worth of Brandon Jennings? Salary, Earnings

Brandon has been in the NBA since 2009, and he has managed to leave a good legacy as well as earn a substantial amount of money. The player is worth a whopping $16 million.

Brandon’s current team is unknown, but his most recent recorded move was to the Russian club Zenit Saint Petersburg in 2018. Brandon has stayed away from the media for personal reasons since then.

He did, however, have a glitzy NBA career. During his ten years in the United States, he earned a total of $40,141,001 in salary alone.

Where was Brandon Jennings born?

Brandon was born in Compton, California on September 23, 1989.

Let’s put his professional life aside for a moment and talk about his personal life. Brandon currently does not have a girlfriend. He appears to be living alone and caring for his children without the company of a woman.

To be honest, Brandon’s personal life has been a chaotic mess, to say the least.

So, around May 2014, Brandon was involved with a woman named Lashontae Heckard, and this jumbled story begins. The couple was engaged to be married. Lashontae even shared a photo of herself wearing a diamond ring on Instagram, but it was later removed.

Following that, a story broke around the same time that Brandon and Lashontae were planning to marry. However, there was a snag in their marriage because Lashontae had been in a domestic partnership with a woman named Monique Blanton since 2008.

Lashontae and Monique eventually divorced, but there has been no confirmation that Brandon and Lashontae married.

And somehow, in the midst of all of this, their relationship was surviving. But there was one more twist in store.

Later that year, Teyana Taylor, a singer, revealed on The Breakfast Club that Lashontae had stolen Brandon from her. She claimed that she and Brandon were in a relationship before Lashontae arrived and took him away.

Despite these setbacks, Brandon was able to have a child with Lashontae. Deuce, the couple’s son, was born in late 2015.

But the birth of their son was not enough to keep them together. And their relationship ended shortly after their son was born. According to Brandon, the reason for the breakup was that he was in “lust” with Lashontae rather than “love.”

Before Lashontae, there was Life

Brandon had similar types of relationships before he met Lashontae, believe it or not. He also has two children from two different relationships.

That brings us to Legend, the NBA star’s first son. On September 24, 2010, Legend “Truth” Jennings was born. Brandon, on the other hand, has never revealed Legend’s mother’s identity.

Brandon also has a baby mama named Brittany Bryant. The couple had their son before 2013 when they divorced permanently. However, the reason for their split is not entirely clear.

Nonetheless, Brittany was seen on Instagram going on a rant about Brandon and his inattention to his family. She accused him of spending more time with other women than with Legend and her, and she even went after Brandon’s mother for defending his slacker son’s actions.

Brittany also revealed that Brandon cheated on her with the mother of his first son. The relationship didn’t last long after the fight, which occurred in August 2013, but the exact date of their breakup is unknown.

How tall is Brandon Jennings? Weight

He went to Dominguez High School and Oak Hill Academy for high school. Brandon dropped out of college to play basketball in Italy. Brandon is 6 feet 1 inch (1.85 meters) tall and weighs around 77 kg. 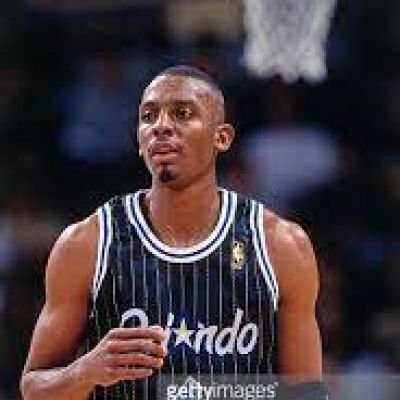