Ayahna Cornish Lowry is a former outstanding basketball player who won the best offensive player award at St. Joseph’s University in Pennsylvania for two consecutive seasons. She was also named to the All-City team four times and twice as the Northern Division MVP of the Philadelphia Catholic League.

Involvement of Ayahna and Kyle Lowry with the Foundation

Lowry Love Foundation was formed in 2013 by Ayahna and Kyle Lowry. Through their foundation, they hope to make a difference in the lives of others. Throughout the year, the foundation hosts several events in various sections of Philadelphia and Toronto. Ayahna currently spends most of her time running the charity. The mission statement of their foundation is

“Through this foundation, our objective is to make a difference in the lives of the underprivileged to help them achieve a higher quality of life.” Through supportive programs and activities, we hope to have a positive impact on the lives of Philadelphians and Torontonians who are most in need, with the cooperation of the community and our partners.”

There is no accurate information about Ayahna’s net worth or salary available to the media. Her husband, Kyle Lowry, on the other hand, has a net worth of roughly $55 million as of 2019, which he earned from his basketball career.

Kyle Lowry and Ayahna Lowry met at Cardinal Dougherty High School in Philadelphia, Pennsylvania. Although they attended the same high school, they went to different colleges. Kyle went to Villanova University and Ayahna went to St. Joseph’s University in Pennsylvania.

Ayahna and Kyle Lowry married in front of their family and friends in an intimate ceremony. The date and location of their wedding, however, remain a secret. They have had no troubles or complaints in their personal lives since getting married to each other, and their marriage life is going as smoothly as silk.

With two kids, Karter Lowry and Kameron Lowry, the Lowry family is finally complete. The family is currently residing in the United States of America, where they are enjoying a happy life together.

Kyle Lowry, Ayahna Cornish-husband, Lowry’s is an NBA basketball player who now plays for the Toronto Raptors of the National Basketball Association (NBA). After two outstanding seasons at Villanova, he was taken 24th overall in the 2006 NBA Draft by the Memphis Grizzlies.

Kyle was a member of the Houston Rockets from 2009 to 2012 before being traded to the Toronto Raptors. He was also selected for his first NBA All-Star game in 2015, and he assisted the Raptors in winning the NBA Championship in 2019. 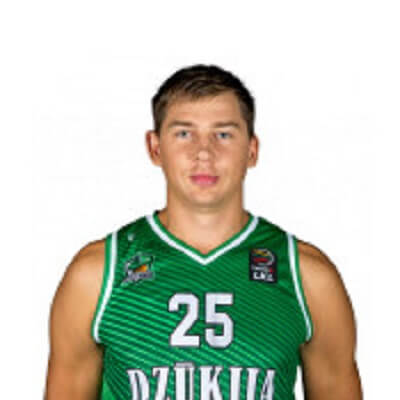