Arielle Caroline Kebbel was born on February 19, 1985, in Winter Park, Florida, USA, under the sign of Pisces, of German and English heritage. She is a 34-year-old model and actress who is best known for her roles as Allison Fleming in “The Grudge 2,” Vanessa Shaw in “90210,” and Tracy Legette in “Ballers.”

What is the Net Worth of Arielle Caroline Kebbel? Salary, Earnings

Arielle Kebbel’s net worth is above $3 million as of 2022, earned via her successful career as a professional actor since 2003, in which she has starred in 70 TV and film titles. She also grew wealthy as a result of her brief modeling career.

Arielle grew up in her hometown of Winter Park, Florida, where she was reared by her parents. Kebbel is of White Caucasian ancestry and is of American nationality. Arielle desired to be a professional equestrian since she was a small girl, and she trained in horseback riding for almost seven years. Her mother, Sheri Kebbel, works as a talent manager at her own ‘Off the Cuff’ production firm, therefore she acquired an early interest in acting and modeling thanks to her mother’s influence. Arielle graduated from Crenshaw School in Winter Garden.

Arielle Kebbel is one of three siblings, the other two being her brother Christian Kebbel and a younger sister named Julia Kebbel.
Her sister has the bipolar disease, and she went missing with her dog for two weeks in 2018; the news went viral, but she was eventually located.

Between 2006 and 2007, Arielle Kebbel was romantically connected with Brahman Turner. Following that, she dated Kevin Connolly in 2010 and Aaron Bay-Schuck, President of Interscope Geffen A&M Records, from 2012 to 2017.

Since December 2017, Arielle has been dating professional polo player Nic Roldan. Torrey DeVitto, a professional actress known for her roles in TV shows such as “One Tree Hill,” “Pretty Little Liars,” and “The Vampire Diaries,” is one of her closest pals. Kebbel now resides in Beverly Hills, Los Angeles, California.

Arielle Kebbel began her career as a full-time model in the fashion sector before becoming an actress. In 2002, Arielle competed in the Miss Florida Teen USA beauty pageant and earned a name for herself, which led to her being published in magazines such as “FHM,” “Men’s Health,” “Lucky,” “Stuff,” and “Maxim,” among others.

Beginnings of an Acting Career in the Early 2000s

Arielle Kebbel moved to Los Angeles, California, in the early 2000s, and made her acting debut in the recurring role of Lindsay Lister in The CW’s comedy-drama series “Gilmore Girls” (2003-2004). She also appeared as a guest star in TV shows such as “CSI: Crime Scene Investigation,” “Law & Order: Special Victims Unit,” and “Entourage.”

Arielle made her feature film debut in 2004 as Heather Hunkee in Jessy Terrero’s comedy “Soul Plane,” alongside Tom Arnold, Kevin Hart, and Snoop Dogg. It was followed in 2004 by her depiction of Taya in the WB sitcom “Grounded For Life.”

Rise to Prominence in the Mid-2000s

Arielle scored many important jobs in 2005 after guest-starring on an episode of “CSI: Miami.” She appeared as Robin in the criminal comedy film “Be Cook,” alongside John Travolta and Uma Thurman, as Cookie in the horror thriller “Reeker,” directed by Dave Payne, and as Elyse in the “American Pie Presents: Band Camp,” a spin-off of the sex comedy “American Pie” film series. Arielle was cast as Carrie Schaeffer in the teen romance comedy “John Tucker Must Die” in 2006, and then as Cecilia Banks in the teen fantasy “Aquamarine” in 2007.
During the same year, she was nominated for a Teen Choice Award for her performance as Allison Fleming in the supernatural horror thriller “The Grudge 2.”

Continued Success in the Late 2000s

By the end of the decade, Arielle had also performed as Casey Green in Brahman Turner’s 2007 drama thriller “Daydreamer,” as Catherine Thomas in the 2008 horror “Freakdog,” and as Alex Ivers in the 2009 psychological horror film “The Uninvited.” She later joined the cast of The CW’s supernatural adolescent drama series “The Vampire Diaries,” where she played Alexia ‘Lexi’ Branson on an irregular basis until 2017. Furthermore, in 2010, Arielle was cast as Paige Thomas in the second season of The CW’s teen drama series “Life Unexpected.”

Arielle first appeared as Naomi Nahar in the comedy “Answer This!” in 2011, and then as Cassidy in Ryan O’Nan’s directorial debut “The Brooklyn Brothers Beat The Best” in 2012. She starred as Vanessa Shaw in The CW’s teen drama series “90210” from 2011 to 2013. In addition to filming it, Arielle appeared in the romantic comedy “Think Like A Man” and the comedy “Supporting Characters” in 2012. Following that, she appeared in Hallmark Channel films such as “A Bride For Christmas,” “Sweet Surrender,” and “Bridal Wave.”

She starred as Sky Garibaldi in the ABC drama series “Grand Hotel” in 2019 and as Jamie Spellman in the Hallmark Channel romance “A Brush With Love.” Arielle just began filming the NBC criminal thriller series “Lincoln Rhyme: Hunt For The Bone Collector,” in which she will play Amelia Sachs. The series is expected to broadcast in January 2020.

\Arielle enjoys yoga and meditation in her spare time. She adores animals and has a cat named Buddie Kebbel. Her favorite author is Maya Angelou, and her favorite novel is Mitch Albom’s “Tuesdays With Morrie.” Pink and blue are her favorite colors. Arielle is also well-known for her work with nonprofits such as ReachBack LA. Aside from that, she is an advocate for the LGBT community. 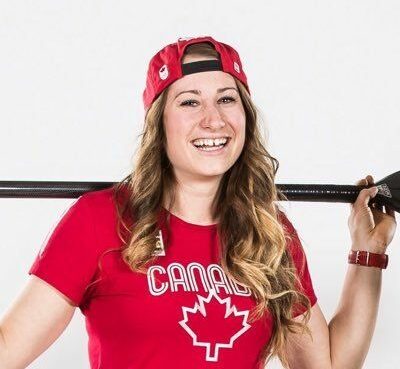