Roman Josi is a professional ice hockey player who has been with the Nashville Predators since the 2006 NHL Entry Draft. Currently, the Swiss national captains the Nashville Predators of the National Hockey League (NHL). Similarly, Josi won the James Norris Memorial Trophy in 2020, making him the first Predators player and the first Swiss to do so.
He has also received numerous other honors. Aside from being the Predators’ captain, Roman has represented his country on numerous occasions, including the Ice Hockey World Championship.

Today, however, we will discuss some other aspects of his life. Like his personal life, net worth, wife, and many others. If you are a fan of his, you should read this article.

What is the Net Worth of Roman Josi? Salary, Earnings

Roman Josi, the captain of the Nashville Predators, is known for his agility and speed and has a net worth of $24 million as of 2022. In addition, Josi is currently under a seven-year, $28 million contract with the team. In the 2018-19 season, Roman earns a base salary of $5,250,000 and a cap hit of $4 million from his involvement with the Predators.

Furthermore, Josi earns extra money from endorsements and brand deals. Roman owns a house in Forest Hills worth $2.37 million, as well as other properties. However, Roman has yet to disclose his total income and assets to the public.

Roman Josi, known for his stellar performance as captain and on the ice, is only 32 years old at the moment. The Swiss ice hockey player was born under the sign of Gemini on June 1, 1990. And we know that people born under this sign are smart, intelligent, and outgoing.

Roman Josi, the captain of the Nashville Predators, was born in the Swiss city of Bern. Despite playing in the American National Hockey League (NHL), Josi is of Swiss descent. His ethnicity is also white. Roman was raised by his father, Peter Josi, and his mother, Doris Josi. Josi has a brother named Yannick Josi in addition to his parents.

Being an athlete, let alone a captain, is a difficult and demanding task. Regardless of the difficulty, Roman has consistently exceeded the expectations of his teammates and fans. When he isn’t practicing or slaying on the ice, the Captain is busy with his girlfriend.

Yes, Roman is in a relationship and has been for a long time with his girlfriend, Ellie Ottaway. The two have not revealed the time and location of their first meeting. Nonetheless, this hasn’t stopped Roman from posting a few photos on Instagram. So, Ellie, who is his girlfriend? Ellie is an aspiring model who is currently signed to Wilhelmina Models and also works for The Block Agency in Tennessee.

She earned a bachelor’s degree in the music business from Belmont University in 2014. But, based on how happy they are with each other, it is only a matter of time before Josi marries Ellie. Ellie and Roman married on July 20, 2019, just as we had predicted.

They had a beautiful ceremony, as expected, with Ellie looking stunning in her white gown and Roman dashing down the aisle in his classic black tuxedo. On February 2, 2021, the couple welcomed their first child, a son, after two years of marriage. Luca James Josi is the name the couple gave to their son.

Similarly, Josi’s physical prowess benefits him on the ice in addition to his dedication. Josi stands 6 feet 1 inch (185 cm) tall and weighs approximately 91 kg (201 lbs). Ice hockey is a close-contact sport that requires every ounce of skill and strength to stay standing.

Nonetheless, we are confident that his years of practice have made him susceptible to the aspects of this game. Not to mention, Josi would not have been appointed captain otherwise.

How did Roman Josi start his Professional Career?

Josi, the captain of the Nashville Predators, did not start at the top. He, like the other athletes, began playing ice hockey at a young age. Despite the lack of information, Roman began his professional career in 2006 with SC Bern. The Nashville Predators selected Josi in the second round, 38th overall, in the 2008 NHL Entry Draft because of his impressive skills and stamina.

Roman’s selection was not unexpected, as he was regarded as one of the top Swiss prospects in the draft. Roman became a full-time member of Bern during the 2007-08 season as a result of this. He spent the previous two seasons with the club’s NLB team. Furthermore, Josi won the National League A championship in 2010 as a result of his outstanding play.

Following his success in the NHL, Josi was selected to represent Switzerland at the 2010 Winter Olympics. He previously represented his country in the 2007 and 2008 IIHF World U18 Championships. Josi also competed in the IIHF World U20 Championships in 2007, 2007, and 2009.

Not to mention, Roman represented Switzerland at the 2009 Ice Hockey World Championship. Josi was named MVP of the 2013 IIHF World Championship in Stockholm, Sweden. After all of that, Roman made his comeback for the national team at the 2016 World Cup, when he was named to Team Europe.

Roman won the second silver medal at the 2018 IIHF World Championship in Denmark after losing in the shootout to Sweden. 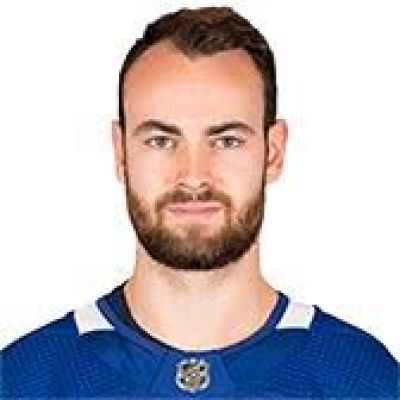