Light Skin Keisha, Rapper, influencer, and reality personality hails from Atlanta, Georgia. The singer behind classics like Believe Dat and Ride Good is dubbed the Queen of Atlanta. She has put out three albums in the last few years: That’s Just The Bottom Line, Act Up Szn, and Talk That Talk.

The rapper from Atlanta just joined the cast of the reality series Love & Hip Hop: Atlanta and has 2.8 million followers on Instagram. LightSkinKeisha has already made a name for herself among fans, and she aspires to follow in the footsteps of artists like Cardi B, who turned reality television into a career in music.

The focus of this article will be Keisha’s profession, insecurities, scandals, and romantic situation. Before she became a rapper, she was a high school cheerleader.

Keisha was born in Atlanta on September 4, 1994. She was reared by a single mother and had seven siblings as well as two god siblings. Keisha’s mother gave her a passion for performing, and she honed her competitive spirit by participating in school cheerleading. But she admitted to Fader that cheerleading wasn’t her strong suit:

“My coaches knew to put me in the middle, period, since they were aware that I would screw it up every single time with my facials, with my energy, simply everything… You’re a little celebrity; you ought to sing, my mother would remind me.

Rappers in Atlanta like Lil Jon and Pastor Troy as well as singers like Destiny’s Child and Carrie Underwood served as musical influences for Keisha. Keisha stopped cheerleading after high school and began making videos for YouTube and Instagram instead. Although she posted several songs that went big on Instagram, many viewed her more as a social media model than a rapper.

People tried to take advantage of her as a result. She admitted to DJ Smallz Eyes that she had once been given a $100,000 offer to take part in a dubious nude photo session. Keisha continued making songs, and it paid off when she joined L.A. Reid’s Hitco Entertainment.

She defended her rap identity and refuted claims that it was racist. Keisha explained that the inspiration for her unusual name, LightSkinKeisha, came from the film Belly.

To DJ Smallz Eyes, she said:

Have you watched the motion picture Belly? So how well do you know Keisha? She has a dark skin tone. Keisha has a brown skin tone. Keisha… Simply put, I adore the part she played. She played the role of the stereotypical boss woman. She took care of the business. They valued her… Everyone admired her… I go by LightSkinKeisha because I consider myself to be a boss.

The movie’s Kisha has a slightly different name than does Keisha. Due to how racist and terrible her rap moniker sounds, Keisha has been obliged to defend it. Keisha claims that although her name is frequently the subject of debate, it is not a colorist. She started to Vlad TV:

“You must comprehend the origin of a person’s name before you can judge or assume that they are this or that. Furthermore, the name has nothing to do with being a colorist. I have never, under any circumstances, ever used someone’s skin tone against them. Look at my resume.

Her teeth were her main source of childhood insecurity. Growing up, Keisha had crooked teeth, which contributed significantly to her sense of insecurity. Braces became a part of Keisha’s brand as she rose to fame while sporting them.

The braces were effective, so after some time Keisha removed them and began using a retainer. She spoke with a lisp because the retainer made her uncomfortable.

When she stopped using the retainer, her teeth began to shift back into their original positions. Keisha decided to get cosmetic work done at that point. To DJ Smallz Eyes, she said:

People don’t realize that my teeth were my biggest source of insecurity, so when they started moving back, I stopped making as many videos as I had been because I was so self-conscious and I was hearing remarks like, “Oh, you need your braces again.” Here we go once more. I’m going to goddamn go through this stage where I become depressed over having bad teeth.

Keisha is now content with her teeth thanks to the successful cosmetic improvement. Braces, in Keisha’s opinion, are a stage that she had to pass through to become the person she is today. She went on:

“Once I had braces, I felt more confident and began interacting with people more… My life was significantly impacted by braces. People don’t fully comprehend it since I was always insecure.

Due to her relationship with Coco Vango, she ran into trouble with Love & Hip Hop: Atlanta star Bambi.

Although Keisha is new to Love & Hip Hop: Atlanta, she has already gained the enmity of others. Keisha and Bambi weren’t going to get along, and that much was obvious right away. Bambi and Keisha got into a fight over Keisha’s friendship with fellow rapper Coco Vango. In 2018, Coco and Keisha began dating, although at first, they couldn’t stand one another. To DJ Smallz Eyes, Keisha said:

“We didn’t even like one other when we initially started interacting with one another. I was unable to stand him.

They eventually grew accustomed to one another and have been dating for the past few years. Bambi confessed that Keisha’s behavior toward Coco, while he was seeing her, was the reason she had a problem with her. Bambi said that Keisha violated the girl code by pursuing a man who was already involved in a relationship.

Although Keisha was accused of acting inappropriately by Bambi, Keisha’s supporters supported her in this conflict. Fans of the program were quick to point out a few instances in which Bambi played hooky from relationships with males. Fans felt that Bambi wasn’t right to criticize Keisha for what she had already done. 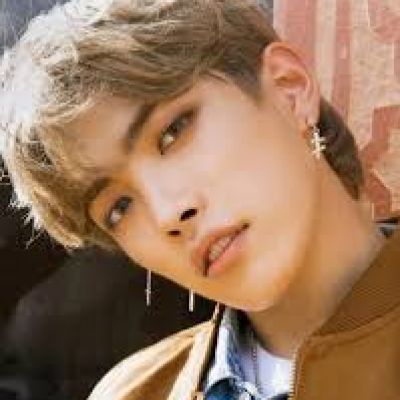