Greg Gutfeld, is an American journalist, author, producer, and host of television programs. He is well-known for being the host of The Greg Gutfeld Show and one of the five co-hosts of the political talk show The Five. Greg previously hosted the television show Red Eye with Greg Gutfeld. His whole television career has been devoted to Fox News.

When Greg received a promotion to editor of Men’s Health in 1999, he established himself as a respected journalist. He left Men’s Health to become the editor of Maxim U.K. Later, before joining Fox News, he started contributing to The Huffington Post. The main subject of this article is Greg’s private life. His wife, his perspective on religion and bullying, his political ideas, and his conflicts will all be covered.

On September 12, 1964, Greg was born in San Mateo, California, to parents Alfred Jack Gutfeld and Jacqueline Bernice. Despite being brought up as a Catholic, Gutfeld admits he is not religious. But he recognizes and values the positive effects that religion and the church have on the neighborhood.

Growing up, he was an altar boy, which aided in his social growth and the forming of relationships within his community. Greg contends that to reap the rewards of religion without forcibly converting individuals, the world must discover a means to do so. He revealed this to The Blaze;

“For this reason, I adore Alain de Botton, a brilliant atheist philosopher-writer who frequently discusses this. What are you going to do about it, he asks, since religion is beneficial even to agnostics? How are you going to swap it out? You know, you can’t just throw something away and assume that life will go on because it won’t. It’s a priceless item. I guess what he’s saying is that atheists need religion.

His political ideas were impacted by his educational background. Greg enrolled at the University of California, Berkeley after completing his high school education at Junipero Serra.

Greg’s political influences evolved as his studies progressed. He was a liberal in high school because it helped his GPA. He disclosed to Reason Magazine,

“I was liberal when I was a youngster, and it helped me in school. In the school I attended, you received additional credit if you gathered signatures for the nuclear freeze. I concluded that your teachers cared more about you and your pals the more you looked to care about something.

Greg met his Wife Elena Moussa while Working in London

Before she started working as a photo editor for Maxim Russia, Elena Moussa was a Russian model. Greg and Elena first crossed paths while they were both employed at Maxim, though at various stations. On his first day of work as the editor of Maxim U.K. in 2004, Gutfeld met Elena. He disclosed to The Daily Beast;

“When I first saw her, I asked the Maxim Russia editor, ‘Who is this woman?'” And for three days I foolishly pursued her. I finally asked her out on a date even though she was somewhat cold to me. She eventually relocated to London to be with me.

After courting for five months, Gutfeld and Elena were wed in a civil ceremony in New York. The couple shares a tight bond, as can be seen from Elena’s social media feeds. After Maxim U.K. declined to renew his contract due to weak sales, Greg left London in 2006.

Given that Greg Gutfeld openly admits to being a fan of rock & roll, it is not surprising that he sang two songs from the Power Trip’s 2017 album Nightmare Logic at one of his performances.

However, the band didn’t appreciate the gesture and requested Greg to “stop and desist” via Twitter. The bond between Greg and Riley was the episode’s most positive outcome. Greg referred to the conversation as lasting “two and a half hours” in his eulogy for Riley.

We chuckled at the idea that it’s improper for people to be friends with others who disagree. Greg is a libertarian, whereas Gale was a vocal progressive. Gutfeld continued, sporting a Power Trip t-shirt that Gale had given him:

“Riley assisted me in unpacking my books and handing them out at my book signing when we first met in Texas, where we were both drinking with his fantastic dad. It was amazing and a blast. We spoke frequently and extensively about everything during this pandemic. To be honest, I wish I had done more. He will be missed by me. Riley Gale, may you rest in peace on a rock.

Greg Gutfeld has an Interesting take on Bullying

Greg had three older sisters who constantly overruled him during most of his youth. However, he took pleasure in the harassment and saw the harsh treatment as a token of affection. Although bullying can hurt kids, in Greg’s opinion, bullying at a young age is motivated by love.

He believes that everyone bullies others unintentionally, including those who speak out against bullying. Greg spoke with The Blaze,

“And you may say that it played a role in developing your backbone and character. It teaches you to fight back, which I am aware is true for me because I was the target of bullying, but afterward, I question why I was bullied. And I’ve come to know that bullies frequently pick on victims because they enjoy them. And they fail to remember that some individuals bully others because they are too shy or uneasy to express their feelings.

Throughout his career as a writer, Greg has frequently expressed thoughts and viewpoints that are out of the ordinary. He chose to emphasize smoking’s advantages while serving as editor of Men’s Health rather than its drawbacks.

He revealed to Reason his discovery that tobacco companies were in charge of research into conditions like Parkinson’s and Alzheimer’s. His opinions were unpopular, but he kept at it. Men’s health is when I started to become pro-business, he told Reason Magazine.

You know what, though? Companies are not the vile monoliths that Michael Clayton portrayed them to be. They’re just teams of individuals that work so hard to produce nice things that improve our lives, and they get treated horribly by paranoid crazy editors. 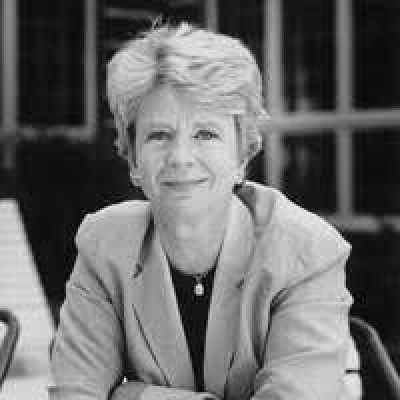