Foyesade Oluokun is currently pursuing his NFL dream. He is a professional linebacker for the Atlanta Falcons and is 26 years old. He began his career as a safety before moving on to linebacker. Similarly, he attended Yale, where he excelled in both academics and football.

He had a strong work ethic and humility as a result of his parents. He also went to high school with Cowboys running back Ezekiel Eliott. Stay with us until the end to learn more about Oluokun.

What is the Net Worth of Foyesade Oluokun? Salary, Earnings

Oluokun will be an unrestricted free agent in 2022 after the end of the 2021 season. However, based on his recent performances, he will undoubtedly earn a spot on any team’s roster. On June 15, 2019, his performance helped him secure a sponsorship deal with Nike. Furthermore, his net worth is estimated to be between $300,000 and $500,000. However, that is not his exact net worth.

Foyesade Oluokun was born in St. Louis, Missouri on August 2, 1995. He is currently 27 years old. Fadeseye Oluokun is his older brother. Oluokun is of Nigerian origin, having been born to Nigerian parents. However, his father, Steve Oluokun, immigrated to the United States from Nigeria in 1983.

He then went on to major in chemical engineering at Texas A&M. After 9 months, his mother, Josephine Oluokun, arrived in the United States. Since his birth, his parents have valued character, education, and hard work over material possessions. That is why he excels in both academics and sports.

Oluokun went to the John Burroughs School. Basketball was his first love. But it wasn’t until his junior year that he became seriously interested in football. Oluokun, on the other hand, first participated in soccer before moving on to other sports. Oluokon played wide receiver and defensive end because the football team only had 26 players.

Oluokun received eight varsity letters for football and basketball. Oluokun was named first-team all-league, all-district, and all-state during his senior year of high school. Similarly, he was named all-league and all-district in basketball.

After colleges expressed interest in Oluokun, his parents did not want to send him to a college that did not value academics. He was destined to play in Ivy Leagues due to his athletic abilities and academic grades.

OLUOKUN GRADUATED FROM HIGH SCHOOL WITH A 3.8 GPA AND A 30 ON HIS ACT.

Education was always a top priority in Oluokun families. So Oluokun narrowed his options to three elite academic colleges, namely Yale, Harvard, and Pennsylvania, to excel in both academics and sports. He first went to Yale’s basketball camp, then to their football camp a week later. Later, on July 30, 2013, he committed to the Yale Bulldogs.

During his four years at Yale, he appeared in 42 games, recording 271 tackles, 13.5 tackles for loss, and four interceptions. Similarly, Oluokun was named second-team All-Ivy League in his senior year.

Oluokun is single as of 2021. In high school, however, he was in a relationship with Abby Martone. However, his relationship has remained unknown since then. Oluokun has also launched his clothing line, Team Ugly Gang. His company has already produced T-shirts, Hoodies, Hats, and Masks.

Oluokun does not have a specific hobby. However, he is mostly involved in community service during the off-season. He is not currently concerned with issues of justice, but he does use his platforms to educate children. Oluokun usually tells his story and emphasizes the importance of sports and education.

Similarly, he always visits his friend Sam Hill in Siant Louis to play video games. Except for Fortnite, he has not been defeated in other games such as NBA 2k, FIFA, and Madden Football in 4 years. In Madden, he enjoys playing my player mode and selecting himself as a player.

Oluokun graduated from Yale with a degree in economics, so if football wasn’t for him, he said he would have worked in financial management. Furthermore, most likely in the sports business side, working with teams or agents. He has also worked as an analyst intern in a variety of financial settings.

Rajon Rondo is Foyesade Oluokun’s favorite athlete. Oluokun also expresses admiration for his progression from an underappreciated player to an important team member. Furthermore, he regards himself as an underrated player and sees some parallels with him.

Foye’s favorite football moment was playing against his former high school teammate, Cowboys running back Ezekiel Eliott. He also described seeing two guys from a small St. Louis high school competing against each other as a surreal experience. He also claims Eliott was an influential figure who encouraged him to pursue his NFL dream.

Oluokun was a sports fan who participated in a variety of sports, but the thrill of victory in football drew him in. Foyesade Oluokun has a difficult name that is pronounced “Foy-eh-a-day,” “öh-LOU-a-con,” and he is also known as The Hunter.

Olukoun stands 6 feet 2 inches tall and is a muscular, physically toned player (1.88 m). Similarly, he weighs 98kg (215 lb). His body mass index is 27.6. His arm length is 32.5 inches, and he has a hand size of 8.75 inches. He began lifting heavier weights and doing more gym workouts after starting college to bulk up his body.

Oluokun began his career as a safety before switching to linebacker during his senior year at Yale. Oluokun is defined by his speed and physicality. These qualities helped him earn a spot on the Falcons’ roster. Similarly, he is a strong tackler and an important member of the Falcons’ defense. Oluokun also has good instincts, which allow him to react quickly to the movements of his opponents.

He did not receive an invitation to the NFL combine. However, on Pro Day at Yale on March 8th, 2018, he completed all combined drills. He later ran a 40-yard dash in 4.48 seconds and a shuttle run in 4.12 seconds.

The Beginning of the Journey

Foyesade Oluokun was later selected by the Atlanta Falcons in the 2018 NFL Draft. Furthermore, he was the 200th pick in the sixth round. Oluokon began training camp with the Falcons as a special teamer and backup linebacker. Oluokun made his Falcons debut against the Philadelphia Eagles, recording one tackle.

Later in the season, in week 6, he made his first start, recording five total tackles. In his rookie season, Foyesade appeared in 16 games (7 starts) and recorded 89 tackles (50 solos). Similarly, he ranked fourth in rookie tackles in Atlanta Falcon’s history.

Oluokun has appeared in 32 games, making 10 starts. He has also completed 145 tackles, including 87 solos. In addition, he has 4 tackles for loss, 2 forced fumbles, and 1 interception.

Foyesade Oluokun is active on his social media accounts. He has approximately 21.9k Instagram followers. Oluokun mostly posts photos and videos of football training and games. He does, however, like to show off his fashion sense on Instagram.

Oluokun’s Twitter handle is distinct. Craig Jhonson is his given name. Oluokun explains on Twitter that his fictitious name originated during spring break in California. Foyesade also claims that he lied about his name to a boy while asking a friend who had messed up his name. Craig Jhonson has kept going since then.

Similarly, Oluokun is from St. Louis, Missouri, but he recently relocated to St. Ignatius, Montana. On Twitter, Oluokun frequently tweets or uploads sports-related content. He usually makes jokes or chats with fans who dm him on social media, but he always ignores criticism messages. 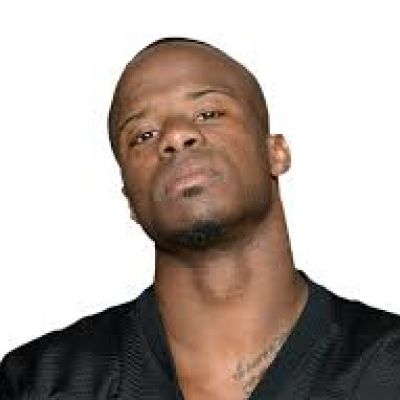