Domingo German Polanco is a pitcher with Major League Baseball’s New York Yankees. The player had his MLB debut for the Yankees in 2017 and has been playing for the team since then.

German is nicknamed “Sunday.” The reason for that is quite evident to Spanish speakers. Even for a non-Spanish speaker, many of you might already know that the word “Domingo” means “Sunday” in Spanish.

Although many people probably don’t like German as a person because of his behavior off the field, his ability on the field is indisputable. The 2017 MLB draft has had various ups and downs in his baseball career. This article will discuss Domingo’s stats, employment, net worth, personal life, and more. So, please give it a read.

What is the Net Worth of Domingo German? Salary, Earnings

Although most of his earnings come from his professional playing career, the player also makes extra sums from brand endorsements. Unfortunately, other details about the player’s real estate, investments, and other assets are currently unknown.

Domingo is married to Mara Vega, who is also a native of the Dominican Republic. She continued her schooling at Akerley Campus in Canada. Likewise, Mara earned a bachelor’s degree in tourism management from the University of Florida.

The couple has two kids together. The first kid, a daughter, and the second, a son, namely Gian A. German and Chrisgelyann German.

In September 2019, Domingo went to a charity event hosted by former teammate CC Sabathia with his girlfriend (now his wife). Many of Domingo’s 2019 teammates and their families were also present at the event. Despite reports that the player slapped his girlfriend there, the MLB inquiry mainly focused on what had happened at his house later that evening.

At the event, Domingo got physically abusive toward his girlfriend while intoxicated before she hid in a locked room. She allegedly made contact with one of Germán’s colleagues’ wives, and the two drove to Germán’s house at a late hour. While the player tried to calm down, Domingo, who claimed to have been angry and aggressive, Mara stayed with the teammate’s wife.

A different Yankees team member, who Domingo’s girlfriend had informed about the incident, reported it to MLB. His girlfriend, however, didn’t make a police call.

The baseball player, Domingo German, was born on August 4, 1992, in San Pedro de Macorís, Dominican Republic. His father’s name is German Domingo Sr. The player is currently 30 years old. Domingo was born in the Monkey year, according to the Chinese calendar.

As an August baby, the player’s zodiac sign is Leo. Talking about his physique, he has an athletic body. The player has a height of 6 feet 2 inches and weighs 80kg. The player uses his right hand to both throw and bat.

How did Domingo German start his Professional Career?

The Marlins signed Domingo during the 2009–2010 international signing period. His skills were mainly inexperienced at only 17 years old, as was his experience playing against more skilled competitors. To increase German’s overall pitchability, the Marlins decided to have him begin his career by throwing for the Dominican Summer League Marlins.

Most of his appearances between 2010 and 2011 were in relief roles, but he excelled when given six straight starts to close off the 2011 season. When Domingo pitched for the Marlins of the Gulf Coast League for the first time in 2012, he was once more forced into a bullpen duty. In 2013, he started back in the GCL and performed admirably, pitching 26.0 innings with a 27:5 K: BB and 2.69 FIP.

Later in 2013, the player was promoted to the Batavia Muckdogs of the New York-Penn League. MLB general managers were forced to take notice after his excellent 2013 season. Domingo had a 3.26 FIP and a fantastic 113:25 K: BB in 2014 while pitching for the Greensboro Grasshoppers of the South Atlantic League.

Further, he was the only Marlins player chosen for the 2014 Future’s Game. Up until this time, Germán’s future appeared to be very bright.

In the December 2014 transaction, Martin Prado and David Phelps were sent to the Marlins in exchange for Garrett Jones, Nathan Eovaldi, and Domingo Germán. The Yankees decided to acquire him because they recognized this potential in him.

However, the player regrettably had to undergo Tommy John surgery in the spring of 2015, which prevented him from playing in the 2015 season and the first few months of 2016. Before making his eagerly anticipated MLB debut on June 11, 2017, against the Orioles, German appeared for the Yankees’ Low-A, High-A, Double-A, and Triple-A organizations.

The player made 2.2 bullpen innings and gave up two hits, one walk, 0 earned runs, and one strikeout. Likewise, German’s hard pitches, including his changeup and curveball, reached 98.6 mph. Additionally, Domingo had a staggering swinging strike rate of 16.7%, letting the baseball world know just how talented he is.

Before the domestic violence incident put a halt to his progress, Domingo was well on his way to continuing to develop his skills with plenty of experience between the MLB and the minors.

MLB put Germán on administrative leave on September 19, 2019, as they looked into allegations of domestic violence. It was announced on September 25 that he would be ineligible to play baseball for the rest of the year, including the postseason. With a.818 win-loss ratio, he had the best record among MLB pitchers in 2019.

As a result of breaking the league’s conduct rules, Domingo was given an 81-game ban beginning on January 2, 2020. This was the harshest penalty ever given to a player who was the subject of domestic abuse claims but was not formally accused. Since most of his ban was served during the 2019 postseason, the player was qualified to play in the 2020 postseason.

Return to the field

On April 10, 2021, the Yankees optioned Domingo to the secondary location following a 4-0 loss to the Tampa Bay Rays. On July 25, 2021, against the Red Sox, the player had a no-hitter going through seven innings when Alex Verdugo’s lead-off double-ended the possibility.

A weak bullpen would cause the Yankees to lose 5-4. Similarly, Domingo had a 4-5 record and a 4.58 ERA at the end of the 2021 campaign. Unfortunately, Domingo was placed on the 60-day injury list due to right shoulder impingement syndrome to start the 2022 campaign.

On July 21, 2022, the player made his comeback and started the game against the Houston Astros. The player returned and gave up five runs in 3 innings.

The player is not very active on social media. Whatsoever, we will leave Domingo’s social media handles below just in case you want to check them out! 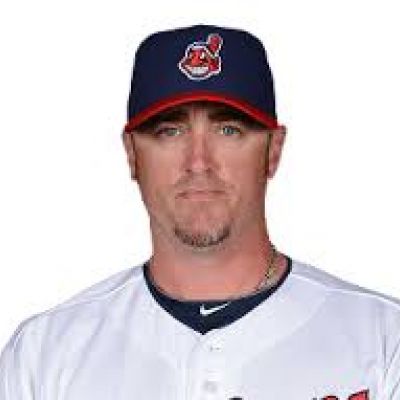