April Brown, One part of the team that hosts Motel Makeover on Netflix. In Canada’s Sauble Beach, Brown and her close friend of nearly 20 years tackle motel renovations while coping with the unanticipated consequences of a pandemic. Despite the difficulties, residents flocked in droves to the June Motel on Sauble Beach.

Brown had no intentions of entering the hospitality sector after earning a Bachelor of Managerial and Operational Studies from Western University. But after six years of working for a PR firm, Brown left her position to help establish the Instagram-friendly June Motel in Prince Edward County.

This essay will examine April’s parents, her lover, and her transformation from a genius in public relations to the hospitality sector.

On June 20, 1984, April Brown was born in Canada. She cherished her upbringing in the Canadian city of Calgary. Brown remarked to Travel + Style:

“Since I was raised in Calgary, I have a slight prejudice in favor of the West Coast. What’s not to love about wineries, lakes, and mountains?’ I especially adore the Okanagan region.

Brown’s parents urged her to go for whatever she desired. They both inspire me a lot, Sarah said to Authority Magazine. They put in a lot of effort to create the life they envisioned for themselves. Ken Brown, April’s business-savvy father, fostered a love of entrepreneurship in her.

“My dad has his firm and has taught me a lot about what it means to be an entrepreneur. “I believe he gave me that business spirit,” she said.

April approached the first June Motel project as a side hustle

After holding a wine party at the Sportsman Motel, April and her business partner Sarah Sklash recognized the potential for a lucrative motel operation. In a location that was quickly becoming a tourist hotspot, they saw potential in developing a motel for millennials.

The pair bought the property to operate the motel as a side business. Before beginning renovations, they operated the motel under its old name for an entire summer. As she stated to Authority Magazine:

Funny thing is, this was supposed to be a side business, but it quickly grew into the largest full-time undertaking for both of us. Before making any improvements, we spent the first summer running the motel to get a firsthand understanding of how everything worked. Although difficult, it allowed us to make mistakes without damaging our reputation, and it offered us a lot of insight into what lay ahead.

Brown began a refurbishment job without having any prior experience in interior design. Furthermore, she had to tackle a large job with a restricted budget. To reduce their labor costs, Brown and Sarah put in a lot of work.

The June Motel was likewise constructed with assistance from friends, relatives, and contacts from their prior employment. Brown discussed the first June Motel with Refinery29.

“Coming from a marketing and PR background, I thought that, as business owners, we had a slight advantage because we had excellent immediate relationships to bring into our company. We had ties with influencers, and the information, connections, and relationships I had cultivated in my prior occupation undoubtedly assisted in the launch of The June five years ago.

Dealing with unfavorable remarks made online was one of the first obstacles April had to face. She admitted to Authority Magazine,

“I used to get pretty upset every time I saw a negative comment, but now I realize that sometimes there’s some truth in reviews and sometimes they are just haters.

After maintaining the Prince Edward County June Motel for several years, April and Sarah felt ready to expand. After engaging in “slow travel,” which April coined to describe a protracted stay in a trip destination “to gain a comprehensive feeling for the environment and the people,” they decided on a home on Sauble Beach. By way of Yahoo, April

The first time we visited Sauble, we instantly fell in love. The sunsets on the beach are some of the greatest sunsets we’ve ever seen, and this place just has a laid-back, vintage beach town vibe that won us over. We lived in flip-flops all day and all night.

April and Sarah took on a project that included a restaurant, a swimming pool, and more rooms than their first home. They had more money for renovations, but the larger project required skilled management.

For April and Sarah, the coronavirus epidemic brought up an unanticipated crisis. To raise money for the new project, the couple used their residences and the original June Motel as collateral. They ran the risk of losing everything they had achieved over the previous five years if they stopped. For Fashion Magazine, Brown stated:

According to Brown, who spoke to Fashion Magazine,

“there were several firsts that we had to handle on this project alone, and that would have been a challenge in itself.” But then you add a camera crew that follows you around every day.

The phrase “justifying,” which means “taking a basic space and finding this high-low mix of techniques to just make it pop and make it exciting,” was introduced to us by the program. Paint, wallpaper, antique furniture, and plants are all included.

To truly achieve “Junification,” Brown advises adding a splash of neon. The June Motel is popular on Instagram thanks to April and Sarah’s distinctive sense of style, and the platform has grown to be an effective tool for the motel’s marketing.

April Brown was given the chance to collaborate with other female entrepreneurs in Sauble Beach, which she enjoys doing. Brown stated to Yahoo:

The key to Brown’s success is perseverance in the face of difficulty. She also suggests that one be prepared to look to other people for guidance and inspiration. 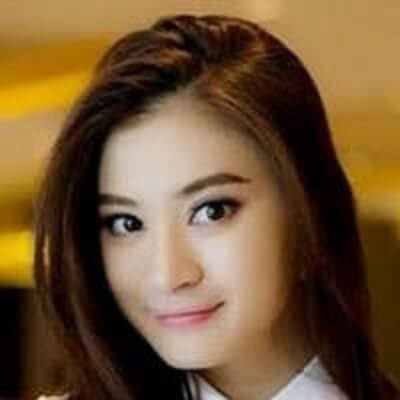