Who is Alice Glass?

Alice Glass is a Singer and Songwriter from Canada. She is the co-founder of the band Crystal Castles. Alice was also the former frontwoman of the band.

Alice was born on the 23rd of August 1988 in Toronto, Ontario, Canada. Alice attended parochial school until junior high. Furthermore, there is no information regarding her family.

Alice started an all-girl experimental punk band named, Fetus Fatale when she was living in a squat community as Vicki Vale. In December 2003 both Alice and Ethan Kath began working on the project that later became Crystal Castles.

In 2016 the band Crystal Castles released their first single “Alice Practice”. Later the song helped the band to get their first record deal with Merok Records in London. The band also played their first live show at Clinton’s Tavern, Toronto the same year. Crystal Castles later featured “Alice Practice” on their eponymous debut album that was released in 2008. Later the duo (Alice and Ethan) completed the trilogy with the release of the two albums II (2010) and III (2012).

Due to some professional and personal reasons, Alice announced her departure from the Crystal Castles in October 2014.

Glass released her solo “Stillbirth” in July 2015. She released the solo to increase the awareness of domestic and sexual abuse. She also worked with the anti-sexual assault organization RAINN through which she donated the song’s revenue to aid abuse victims.

Alice released “Without Love” in august 2017 as a single to her eponymous debut EP. Similarly, she released her second single from her EP named “Forgiveness” in January 2018. Also, the same month she released her new song “Cease and Desist”.

Alice Glass has not disclosed any of her financial status. So there is no media source that displays information about her Salary and the Net-Worth.

Alice Glass is currently 31 years old. Alice has a height of 5 feet 8 inches. Furthermore, there are no details regarding Alice’s body weight. 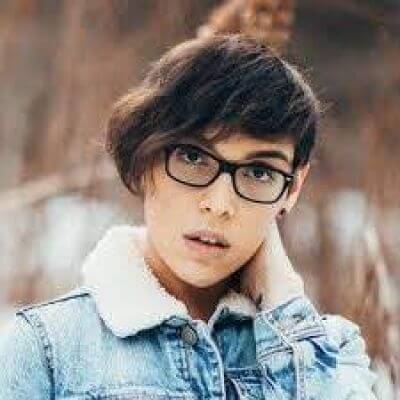