Alan Kim was only eight years old when he received the Critics’ Choice Award in 2021. He was born on April 24 and belongs to the Taurus zodiac.

Alan Kim is the son of Ethan Gyojoong and Vicky J. Kim. On September 4, 2004, they married.

In 2021, his father, Ethan, worked as a software engineer for StubHub for more than four years. He has reportedly worked in web application development for over 17 years and has worked with companies such as GE Digital, Western Digital, Hearthware Inc., Shinhan Card Co., Neowiz Corporation, and others. In terms of education, he received his bachelor’s degree from the Korea Advanced Institute of Science and Technology and his master’s degree from the Illinois Institute of Technology.

Vicky, his mother, was little known except for the fact that she called herself a “Cream mom” and lived in Mountain View, California. Vicky was also the one who wrote Alan’s IMDB bio.

If you’re looking for Ethan’s onscreen parents from Minari (2020), their names are Steven Yeun and Han Yeri.

Alan also has a talented younger sister named Alyssa Kim. She is an actress and singer who has played the roles of “Penny” in 101 Dalmatians (2016), “Naka” in The Lion King Jr., Gretl in The Sound of Music (2018), and others. In 2021, she was cast as Young Elsa in the FROZEN Broadway National Tour (OTC).

Alan is Korean-American in terms of ethnicity. His father was born in Daegu, Korea, and later immigrated to the United States. In addition, for the New Year 2021, Alan dressed in traditional Koreana attire, displaying his Korean heritage.

Alan has a middle name that begins with the letter “S.” Also, his favorite type of prank was “scaring people.”

His Height and Distinctive Characteristics

Alan Kim stood at a height of fewer than 5 feet (152 cm) in 2021. We are confident that this little man will grow taller and more attractive.

When it comes to his distinguishing features, no one can overlook his adorable dimple over his left cheeks. He also has dark hair, brown eyes, and a small mole on his left cheek.

Alan had over 12K followers on Instagram by March 2021. His posts were mostly about his cuteness and a few movie promotions.

While Alan Kim was recognized for his outstanding performance in Minari (2020), it was not the only film in which he appeared. As of 2021, he was set to co-star with Elsie Fisher in the film Latchkey Kids.

According to reports, the film will follow “Shae, who befriends an eccentric teenage girl looking to escape the troubling life her mother has created for her, all the while local law enforcement suspects the boy of offing his babysitters.”

Alan stated in an interview that he is looking forward to doing a variety of films, except romantic comedies. He also mentioned that he was watching Sonic the Hedgehog and Harry Potter at the time.

Alan’s favorite pastime, aside from watching movies, was riding his bike and creating something creative in his spare time. In early 2021, he also practiced Taekwondo and wore a purple belt.

In terms of school, he was in second grade at the time, and his favorite subjects were Math and Science.

What is the Net worth of Alan Kim?

Alan Kim estimated Net Worth, Salary, Income, Cars, Lifestyles & many more details have been updated below. Let’s check, How Rich is Alan Kim in 2020 -2021?

Alan Kim delivered his acceptance speech in the same manner as many others, listing names and thanking critics and his family. But as he recited the names, he couldn’t hold back his tears and burst into tears. He went on to say,

Furthermore, he pushed through the rest of his acknowledgments, even making his fans cry. His Twitter tags were filled with tweets from people all over the world about how he made their “heart explode.” 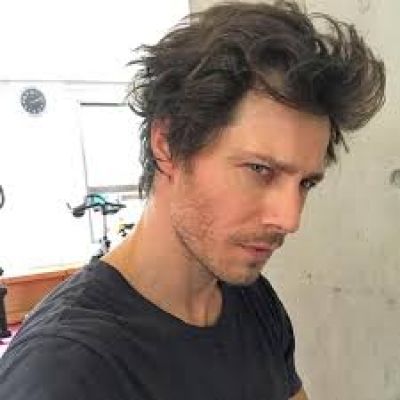