Who is Abdulfattah Jandali?

Abdulfattah Jandali was born in Homs, Syria, on March 15, 1931. His mother was a stay-at-home mom and his father was a self-made millionaire. Jandali attended the ‘American University of Beirut’ after graduating from high school. He became an activist while in university and was even imprisoned for three days. In the mid-1950s, he relocated to New York from Beirut. He moved in with one of his relatives, Najm Eddin al-Rifai, the Syrian ambassador to the United States. He studied at ‘Columbia University’ before moving on to ‘Wisconsin University,’ where he earned a Ph.D. in Economics and Political Science.

While attending ‘Wisconsin University,’ he began dating Joanne Carol Schieble, a German-Swiss Catholic. Schieble’s parents, on the other hand, were unhappy with the relationship, and her father threatened to cease sending her to university if she continued to see Jandali. Despite her parents’ opposition, she continued her relationship with Jandali and became pregnant with his kid after spending the summer of 1954 with him in Syria. Schieble flew alone to San Francisco, where she gave birth to a newborn boy, fearful of her parents. She returned to her hometown after giving him up for adoption. Her son, who was later adopted by a San Francisco couple, would go on to become one of the co-founders of ‘Apple Inc.’

Abdulfattah Jandali had financial difficulties after completing his schooling in the United States, forcing him to return to Syria. He returned to his hometown with the hopes of landing a diplomatic position. After failing to find work as a diplomat, he became the director of an oil refinery in Homs. In 1962, he returned to the US and began working as an assistant professor at ‘Michigan University.’ After that, he worked as an assistant professor at ‘Nevada University’ before deciding to open his own restaurant. He subsequently went on to own a restaurant and became the Vice Chairman of Nevada’s ‘Boomtown Casino Hotel.’

Schieble lost her father six months after giving up her first-born child for adoption. In 1955, she married Jandali. Schieble gave birth to their second child, a daughter called Mona, shortly after their wedding. Abdulfattah Jandali’s relationship with Schieble worsened when he returned to Syria in search of work. In 1962, Schieble divorced Jandali and married George Simpson, an ice skating coach.

Abdulfattah Jandali is a Muslim who does not practice his religion. He planned to study law at ‘Damascus University,’ but his dictatorial father forbade him from doing so. Instead, he chose to study at the ‘American University of Beirut.’ Jandali, unlike his father, desired to nurture his son in a pleasant environment. He was unable to spend time with his biological son, however. Jandali stated in one of his interviews that he had no intention of giving up his son for adoption. While his son, Steve Jobs, went on to become a co-founder of Apple, his daughter, Mona Simpson, became a well-known novelist. Abdulfattah Jandali and Roscille Colburn-Jandali married in 2006. 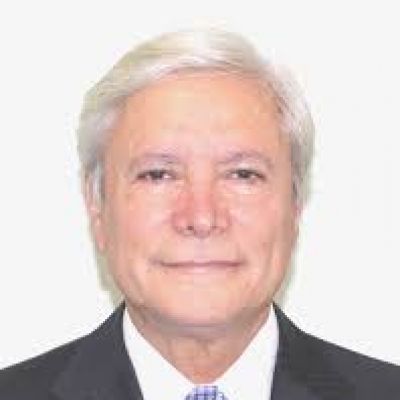